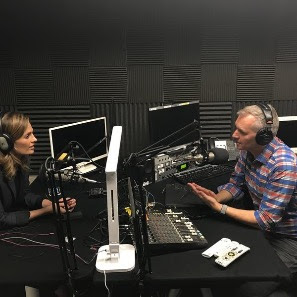 2018: Stana Katic, Det. Kate Beckett in the American detective series Castle, is back on TV playing another law enforcement officer in the thriller Absentia, which premiered on Amazon Prime Video UK (and in the US) on February 2nd. Absentia follows FBI agent Emily Byrne who disappears without a trace and is declared dead while hunting one of Boston’s most notorious serial killers.

Six years later, Emily is found in a cabin in the woods, barely alive can’t remember anything of the years she was missing. She returns home to learn that her husband has remarried and her son is being raised by another woman.

The story unfolds with many twists and turns and Emily soon finds herself implicated in a new series of murders. I spoke to Stana on BBC Radio 5 Live's Up All Night, with Rhod Sharp. We talk about the new show and answer questions posed by Stana's loyal and enthusiastic fans.


2013: Castle star Stana Katic talked to me about her hit TV show, Castle, the Alternative Travel Project and CBGB - the film! A thoroughly enjoyable conversation on BBC Radio 5 Live.

2012: Gas prices are sky high and California has been hit harder than most places.  Getting around this state is expensive - but in cities like Los Angeles it's particularly tough without wheels.

The car is king - it always has been - and looking at the ever-widening freeways, I suspect it always will be.

So what are the alternatives?

On BBC 5 Live's up All Night Stana Katic and Seamus Dever (Castle) joined me to discuss a car-free life.  Katic and Dever are the famous faces behind the Alternative Travel Project which aims to show that everyone can make small changes in their lives to benefit the world.

The last time gas prices soared, I noticed a significant drop in traffic during my morning commute into Los Angeles. Public transport reported an increase in ridership - both the buses and trains. But the cost of fuel came down (before the recent dramatic rise) and LA commuters resumed their love affair with the automobile.  But at what cost and is there a social stigma attached to the use of public transport in LA?  How easy would it be to go car-free in a city which makes it almost impossible to get from A to B without the use of an internal combustion engine?