Will the Golden State turn brown? 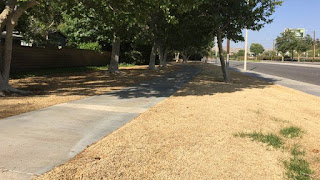 California Governor Jerry Brown has instituted new water restrictions as the state's reservoirs have fallen to perilously low levels - but will the rules change how Californians see water?

California is facing a catastrophic environmental disaster. America's erstwhile Golden State is in the midst of a severe drought which shows no sign of letting up. Even the threat of earthquakes seems to fade in comparison to the water crisis, now in its fourth year.

Nasa scientists have projected that reservoirs could run dry within a year and there is growing pressure on ground water supplies, which are dwindling rapidly. The drought is a problem of epic proportions and it could - many say should - result in a seismic shift in attitudes towards water.