Finding your soul in Silicon Valley 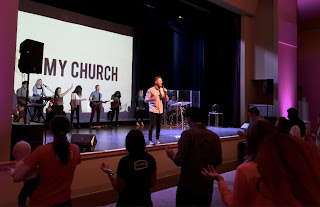 BBC World Service, Heart and Soul: Peter Bowes explores how traditional faiths co-exist with the all-consuming worlds of the tech companies - many of which have their own philosophies, cultures and belief systems. He finds a religious culture amongst the glass fronted buildings and meets the worshippers who have filled a spiritual void in their otherwise-successful Silicon Valley lives. Peter asks why some of the high-achieving and high-earning are searching for a sense of community in churches, such as the C3 in Palo Alto, which advertises itself with the sign, “Not Religious? Neither are we!”.

“A lot of people come out here and they find that you’re making more money than you know what to do with, you’re being promoted to a position greater than you ever thought you could be, but it’s not really fulfilling your soul.”