The diet that mimics fasting and could slow aging


There is a small but intriguing population of of people - a third of whom live in Ecuador - that appear to be protected from some of the deadliest diseases of old age. Equally intriguing is the latest research which suggests that their inherited condition - which also leads to dwarfism - could hold the secret to how we could all be better protected from cancer and diabetes.

I visited the Larons of Ecuador and have been experimenting with a new diet, that could - in part - replicate their resistance to disease. 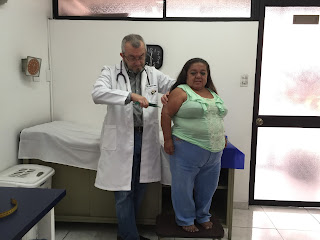 Read the full article at Mosaic

WITH THE help of a small stool, Mercy Carrion clambers onto an examination table. The obese 50-year-old woman stands just 115.6 cm (3’9.5’’) tall. Despite being overweight, Mercy shows no sign of developing diabetes and has remarkably low blood pressure at 100/70.

“That’s why they don’t care much about their weight,” says her doctor, Jaime Guevara-Aguirre. 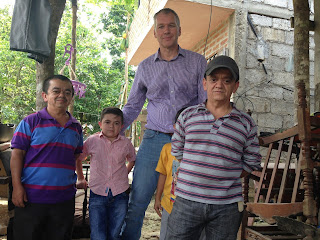 Mercy, who has a rare genetic disorder, is one of his long-term patients. She and her peers know they are in some way protected from diabetes, cancer and a number of other diseases that threaten the rest of us as we age. As such, they have a happy-go-lucky attitude towards health and fitness.  Mercy giggles as she tells her doctor that dieting is not her. She enjoys a typical high-calorie Ecuadorian diet, where rice accompanies almost every meal.

The next day, we visit her at home in a poor, farming community in El Oro province, a one-hour flight away. Her refrigerator is stocked with red meats, bologna and eggs. Bananas are plentiful, and usually served fried.

This high calorie-diet contributes to her excess weight. But, paradoxically, the biology that has driven her weight gain could also be what protects her from disease. I’m fascinated, partly because this woman’s condition relates so much to a diet I’ve been trying for the past three years. 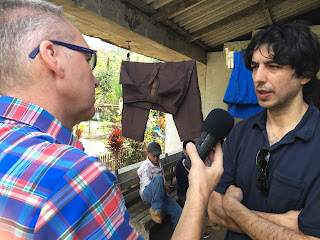 “They’re really the human version of what the research of many groups has shown in simple organisms,” says Valter Longo, biogerontologist and director of the University of Southern California Longevity Institute. Longo and others have shown that you can significantly extend the life of yeast, nematode worms, flies and rhesus monkeys by introducing mutations that affect growth. For instance, a mutation in a single gene can give yeast – the simplest of organisms – a lifespan three times longer than normal. Scientists have also found that mice, when genetically modified so that their GH receptors are impaired, enjoy lives 40 per cent longer than normal. What’s more, their longer lives are also free of major diseases. “It’s a remarkable increase in what’s called health span, in addition to longevity,” says Longo. And, he believes, the same could apply to humans. The ageing process appears to be controlled, in distantly related organisms, by similar genes and mechanisms.