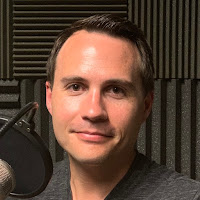 Josh Bashioum @EarlyWarningLab is the founder and CEO of Early Warning Labs, a Santa Monica-based software company which has spent the past five years developing an earthquake early warning system. Last month's 7.1 quake in the California city of Ridgecrest was the largest seismic event to hit the region in 20 years and was the first big test for ShakeAlert.  Josh joined me to explain how it works and to explain why disaster preparedness is such a big deal for California.