Peter Bowes is a news correspondent for the BBC and creator/host of Live Long and Master Aging (LLAMA) - a podcast which explores the science and stories behind human longevity.

A native of County Durham, England, Peter moved to the United States in 1996 and became a US citizen in 2008. Based in Los Angeles he covers news, hosts radio shows, podcasts and makes documentaries. In 2020 he founded HealthSpan Media LLC to produce media content focussing on the biology of aging, food, exercise and mindfulness.

Peter can been seen and heard regularly on BBC television, radio and digital services including PBS stations in the United States.  He is currently covering the COVID-19 pandemic, the Biden administration and breaking news around the United States.


After studying biology and graduating from Sunderland Polytechnic, in North East England, in 1983, Peter worked initially in scientific research, for the Medical Research Council in London. He then switched careers and trained as a broadcast journalist at London's National Broadcasting School. 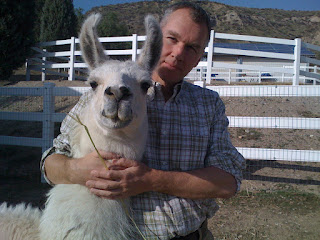 In the mid-1980s, a turbulent time in the UK, Peter reported on the 12-month coal industry strike. It led to him interviewing leading political and union figures - including the Prime Minister, Margaret Thatcher. He also covered the Cleveland Child Abuse scandal - a story involving the alleged mis-reporting of child abuse by local doctors.

After joining the BBC, in 1988, Peter worked on BBC Radio 4's Today Programme, The World at One and PM. He covered the Lockerbie Pan Am bombing and the Hillsborough football disaster. 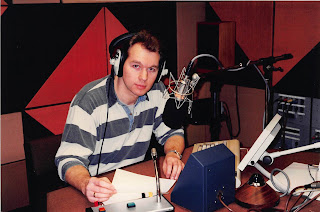 Between 1989 and 1996 Peter was a reporter and news-reader on BBC Radio 1, Britain's leading music radio station. He was part of the on-air team at the Breakfast Show, working alongside DJs such as Steve Wright, Simon Mayo and Mark Goodier. Peter also presented the news on the Simon Bates programme and hosted the lunchtime/evening editions of Newsbeat.

Peter was the first network broadcaster to interview Margaret Thatcher’s successor, John Major, when he took over as leader of the British Conservative party and Prime Minister.

Peter has produced and presented radio and TV documentaries and special features on a wide range of topics.
For the BBC World Service, he visited a unique community of people in California that enjoy particularly long lives.  Living Longer in Lovely Hill explores the links between a meat-free diet, exercise and faith.

Religion in Silicon Valley looks at the growth of churches, of multiple denominations, in the tech capital of the world.
On a trip to cover the first anniversary of Nelson Mandela's release from prison, Peter met and interviewed Archbishop Desmond Tutu, at his home in Soweto.

Other documentary subjects include the Oscars, Michael Jackson, California wildfires and the plight of homeless war veterans in Down and Out in the City of Angels.

In 2005 Peter moved to Santa Maria in California to cover the trial of Michael Jackson.  As well as BBC TV, radio, and digital services, he was a regular contributor to Court TV and CNN Headline News. 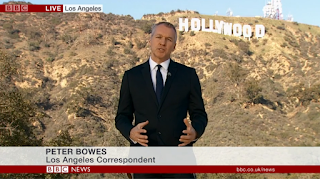 A member of the British film and television academy, BAFTA, Peter has interviewed many Hollywood celebrities, including Harrison Ford, Kirk Douglas, Cher, and the country music legend Glen Campbell. He has covered every Oscars ceremony since 1996.

Peter is also co-owner, with Andy Hollins, of the indie production company, The Radio Organization.
Email ThisBlogThis!Share to TwitterShare to FacebookShare to Pinterest
Home
Subscribe to: Posts (Atom)